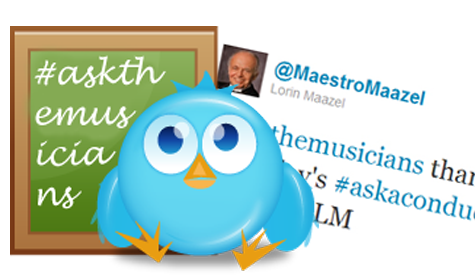 #askaconductor was the first Ask the Musicians Twitter event. On December 8, 2010, more than 60 conductors from around the world came together to engage with fans, first-timers and complete strangers. The concept was simple: conductors made some time available to answer questions; Twitter followers asked their burning questions, and the conductors answered the questions. All in one day.

I’m not a guru, maven or ninja or whatever the cool kids go by these days. I simply bring solutions and get things done. Backed by 10 years of results converting online and offline, building infrastructures and laying groundwork, and creating, running, and finessing campaigns in a rapidly changing media environment.
Loading Comments...